I have not posted for a while because I am really depressed for what you can read in the title. My beautiful five inch Tahitian Maxima clam died four days after I performed the fresh water dip. The clam first showed signs of revival the first day, and then things just went downhill really fast after the second day. 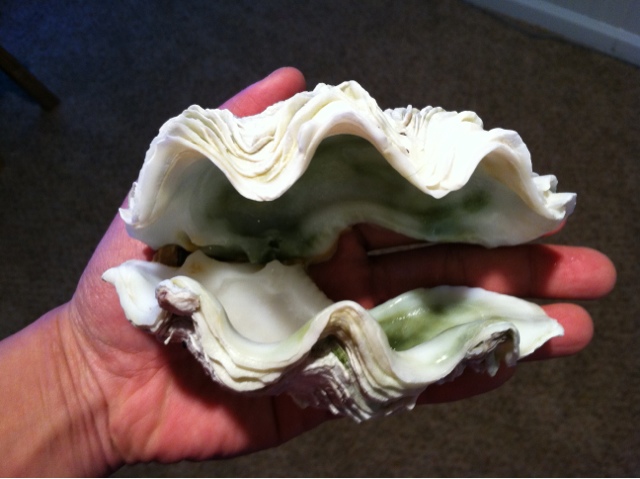 I soaked what was left of the clam in chlorine to bleach out all and any microscopic lives on the shell to investigate the cause of death. As you can see, there is significant boring algae infection in the core of this clam. 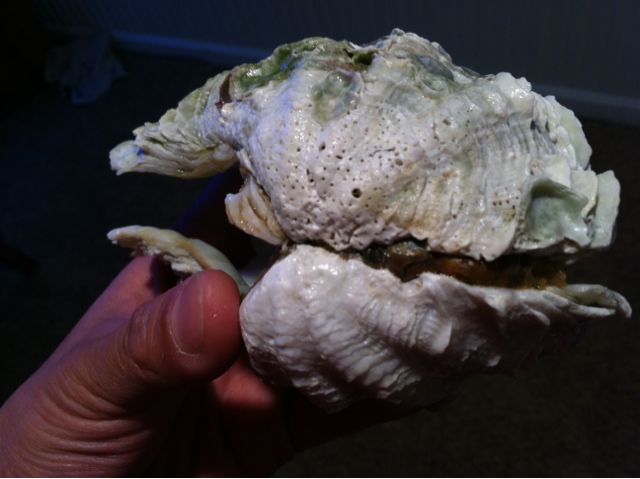 In this photo, you can see the little holes in the bottom of the clam shell, caused by boring sponge while the clam was young, the boring sponge left holes for boring algae to invade and take over. The shell infected is significantly thinner than the other half. 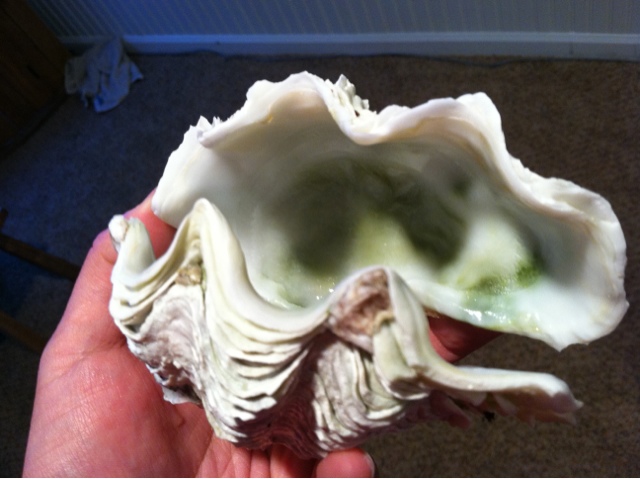 The Inside view of the infected area. It looks like death is only a matter of time for this clam.
So the lesson learned here is that before you purchase any clam in the future, You MUST lift up the clam and observe the entire surface of the clam’s shell (including the bottom) to detect any infections that may be otherwise be hidden while you view it from the top and its side. To me, that was a $230 lesson. Actually, make that $430 as three days following the Maxima’s death, the raised nitrate level in the water also killed my 6″ Derasa clam.